Nokia calls for Europe to step up on 5G 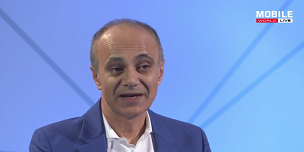 Hossein Moiin, Nokia Mobile Networks CTO (pictured), confessed he is pessimistic about Europe’s chances of emerging as a 5G leader, insisting the continent will be left behind unless sweeping changes are made at regulatory level.

In a frank exchange at a 5G press briefing in London, Moiin said the US regulator Federal Communications Commission was “more enlightened” than counterparts the European Commission (EC), as he tipped the US to lead initial 5G deployment, with South Korea and Japan following with mobile use cases.

“I’m not optimistic about Europe to be honest,” he said: “It’s kind of sad because Europe is traditionally the leader in developing technology, and it will also be this time because Nokia and Ericsson are European companies. But in terms of deployment, in terms of regulation, in terms of operator profitability and operators taking risks, these are non-technical issues, but Europe seems to be left behind.”

He noted the EC and the European Union had set “high ambitions” for 5G, but this was not being translated into policies which are investor friendly.

To ensure a better European playing field, Moiin suggested M&A should be allowed across borders to create “four or five strong operators”.

“Europe is roughly the same size as the US in terms of customers, but there are 70 operators here compared to four in the US, and even one of them is quite sick. Three operators there can do things and invest.” (The sickly operator comment is presumed to be a reference to Sprint, which lost out to T-Mobile in terms of subsciber numbers in recent years and could now be merged with its rival).

Moiin’s comments on 5G come after a group of cross industry associations last week slammed the EU’s regulatory approach to 5G, which they said did little to improve the continent’s prospects for the technology.

November standards
Speaking about Nokia’s own opportunity, Moiin said the likely uptick from 5G would present itself gradually, with operators expected to increase their spend over time.

“As the use cases grow and other industries decide to become digital and fully networked in the way they operate, we will see the investment pouring in.”

Moiin added everything was “beginning to shape up” for the Finnish vendor and it is “exactly where we should be” with its 5G plans.

He predicted most of the standardisation for 5G should be completed by end-2017, with a first draft expected by November, which will then be finalised in 2018.

Today (13 June) at the 5G World Summit in London, Nokia announced it will hold demos of its AirScale radio portfolio. In a statement, the Finnish vendor said it will showcase how AirScale can leverage Nokia’s Flexi RF units, which are already deployed by operators: “ensuring that their existing investment in radio technology is protected, while preparing them for the path to 5G”.