OneWeb aims to put satellites at heart of 5G 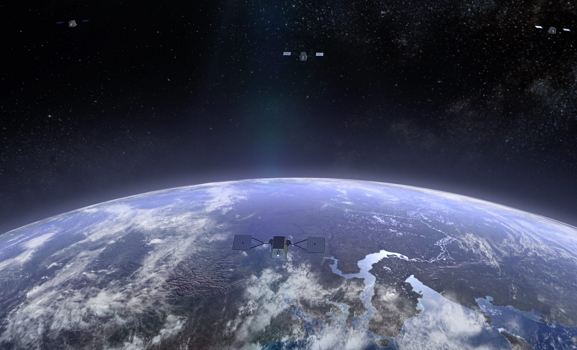 Satellite connectivity is an oft-overlooked element in mobile 5G, but could play a key role in delivering next-generation access to areas beyond the reach of terrestrial operators, Vivek Jhamb, CCO of satellite company OneWeb, argued.

Though many US operators homed in on urban areas for their initial 5G efforts, Jhamb told Mobile World Live OneWeb is “focused on addressing the disparity in connectivity access in rural and remote areas”. He asserted that without satellite networks to extend access where it is not economically or technically feasible for terrestrial networks to operate, “5G cannot be fully integrated into society and business the way it is currently imagined”.

Jhamb noted OneWeb’s low-earth orbit constellation will operate around 30-times closer to earth than most legacy satellite systems, allowing speeds and latency comparable to fibre or cable. OneWeb’s network, set to go live in 2019, will initially offer speeds of more than 500Mb/s with less than 50 milliseconds of latency.

The company is looking to crank those speeds up to 2.5Gb/s with its second generation constellation, which is planned for 2021, Jhamb added.

Just like terrestrial networks, he said the satellite system will be able to support a number of use cases including mobile communications and backhaul; IoT; education, healthcare and government applications; and connectivity for aircraft and ships.

3GPP also recognised the role of satellites can play in the 5G ecosystem: in January, it set out two study items to work out the technical aspects of integrating satellite networks into 5G deployments.