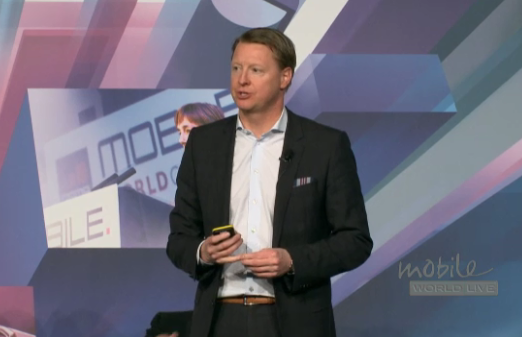 LIVE FROM CES 2018, LAS VEGAS: Verizon CTO Hans Vestberg (pictured) insisted the operator will beat rival AT&T to 5G despite the latter’s plan to launch mobile service by the end of this year.

Speaking during a keynote panel on Wednesday (10 January), Vestberg said he couldn’t comment directly on his competitor’s plans but asserted Verizon “will be first” to 5G. By 2019, Vestberg added, Verizon will “absolutely” be up on stage at CES discussing its live 5G network.

Different elements
Verizon is moving ahead with deployment of pre-standard fixed-wireless 5G service, starting with a rollout in Sacramento, California in the second half of this year. But Vestberg noted fixed-wireless is just one part of what Verizon plans to do with 5G.

“From 5G you can do different slices. We are now focusing on one slice, which is basically residential broadband to deliver superior performance quicker to market…That’s one use case, we can talk about many others.”

In an investor conference on Tuesday (9 January), Vestberg explained 5G also changes the economics of deployments since “the core network, the transport network, the fibre network, all is the same. It’s one slice out of that software and the antenna that is doing the broadband, and the rest is the same investment”.

During the keynote, Vestberg and Qualcomm president Cristiano Amon said 5G rollouts will use a combination of spectrum bands, including lower frequencies, to create a lower bandwidth coverage layer and mmWave spectrum to deliver performance for applications requiring higher throughput and low latency.

The transition from 4G to 5G is particularly critical in the mobile space, Amon said, because smartphones will drive adoption in other areas, like PCs. Amon reiterated Qualcomm is working to push 5G-enabled flagship smartphones to store shelves in early 2019, but added other 5G devices are also on the way.