Apple unveiled updated versions of its key software platforms at its annual developer conference focused on improving the functionality of its family of devices, and made headlines by revealing plans to use its own silicon in Mac laptops.

In a preview of its forthcoming iOS 14 platform, Apple detailed widgets for the home screen; an App Library; App Clips to make key functions more accessible; picture-in-picture video capabilities; upgrades to Messages; expanded privacy controls; and a tool which allows an iPhone or Apple Watch to be used as a digital car key.

During the keynote, Apple’s SVP of software engineering Craig Federighi said the company “spent time rethinking some of the most iconic elements of the experience on iPhone”, which will make the device “even more powerful and easy to use”.

iOS 14 preview
Widgets for the next iPhone OS are customisable, offered in a variety of sizes to display different degrees of information and, for the first time, can be placed on the home screen. Users can compile Smart Stacks of these, which will use on-device AI to automatically display the most relevant selection based on time of day and activity.

The App Library offers a categorised display of all apps on a device to minimise the number of home screen pages needed.

It also sought to make certain services easier to use with the debut of App Clips, enabling users to complete a specific task without having to open the full app. Clips can be accessed through NFC tags or QR codes, and can be shared in Messages and the Safari browser.

A Messages update allows users to pin important conversations to the top of their inbox, while new group message features offer tagging and the ability to respond to specific messages within a thread.

The picture-in-picture capabilities provide the chance to watch video or make a video call while using other apps.

And its NFC-enabled digital car key tool will allow iPhone and Watch users to unlock and start their vehicle, and share copies of the digital keys with others remotely. 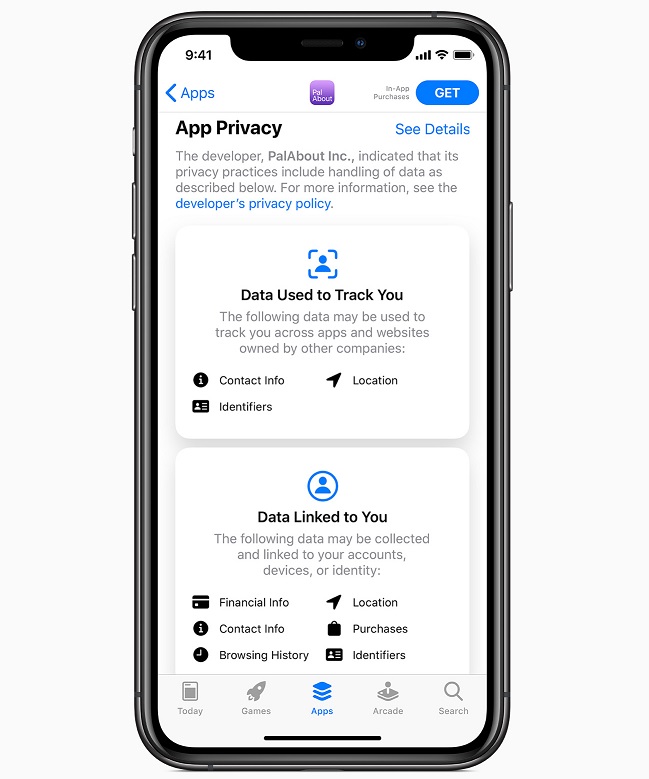 Apple once again put privacy in focus, with controls giving users the option to share an approximate rather than precise location with apps and add status bar indicators showing when their device’s microphone or camera is being used. A new data privacy label for the App Store will clearly show users what permissions an app uses and how it shares data. Apps will also need permission to track a user across other services and websites.

Additionally, the Safari browser will offer a privacy report providing users details of which cross-site trackers have been blocked, and to check saved passwords haven’t been detected in any data breaches.

While Apple received criticism from some media and analysts for largely playing catch up to features already offered on Android and other platforms, CCS Insight chief of research Ben Wood told Mobile World Live the developments are a “major step forward in overall usability” for consumers and “make it clear” Apple is deeply focused on software and hardware integration, and privacy.

“Apple’s stance on privacy is becoming one of the things that sets it apart from other platforms. It’s no surprise that it’s pushing its credentials in the area so hard, and making privacy a feature rather than an afterthought.”

Apple CEO Tim Cook said the new OSes will be made available to developers today (22 June), with public releases expected later in the year.

While the company didn’t provide specifications for its forthcoming silicon, Cook insisted it will be a “game changer”.

He added it expects to ship the first Macs with Apple silicon later this year, with the full transition expected to take two years.

Subscribe to our daily newsletter Back
Previous ArticleTelegram tackles bans in Iran, China
Next ArticleBlog: Are we winning the war against 5G conspiracy?