Brazil's Oi plans further disposals to chip away at debt

Brazil's Oi plans further disposals to chip away at debt

Brazil’s Oi plans further disposals to chip away at debt 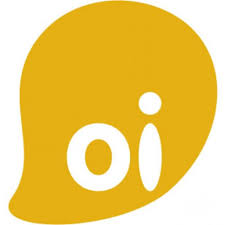 Even after closing the sale of PT Portugal, the CEO of Brazilian operator Oi is still looking for more ways to pay down debt, according to a Financial Times report.

Selling part of the operator’s real-estate portfolio or doing the same at its towers business are both options. Also, the offload of African assets inherited from Portugal Telecom is likely, as is the sale of a call-centre unit, said Bayard Gontijo.

Some analysts are concerned at debt levels, even after Oi offloaded PT Portugal to Altice, a transaction which closed this week. Altice paid a total of €5.79 billion for the Portuguese assets, of which €4.92 billion was paid in cash to Oi and €869 million was allocated to immediately repay outstanding debt owed by PT Portugal.

Analysts expressed concern that debt levels could lead to an emergency refinancing to avoid breaching covenants with bondholders. The debt levels are such that Oi could be forced into the hands of a domestic rival.

Net debt rose to BRL33 billion ($10.5 billion) in the first quarter of 2015, from BRL31 billion at the end of its previous financial year.

“We have to do other things to deal with the leverage and avoid anything drastic,” said Mr Gontijo. “We are selling our call-centre company. We own 7,000 properties but we are not a real estate company. We are working on getting the approval [to sell]”.

Oi also owns assets in Africa acquired as part of the Portugal Telecom deal. Gontijo said that he was positive about selling the units. “We are trying now to establish a dialogue in Africa,” he said. “There is a good possibility of selling this. Its not an easy asset disposal but we think its achievable.”

“We are much better than six months ago when I took over as CEO of the company,” he said. “We had an issue in terms of liquidity and financial covenants and the risk of breaching them. The sale of Portugal Telecom has helped restore the confidence of the market.”

He is optimistic about prospects for consolidation in the Brazilian mobile market, although he refused to confirm whether Oi is a buyer or seller in the process.

Oi has been linked with a potential deal with the Brazilian businesses owned by Telecom Italia, Telefonica and America Movil. AT&T is another possible suitor.