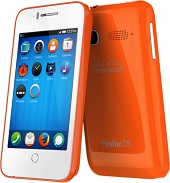 China’s TCL, which offers devices under the Alcatel OneTouch brand, said it had seen “a new record sales volume of smart devices” during November 2014, with 5.1 million units shipped – representing year-on-year growth of 70 per cent.

For the eleven months, cumulative smartphone sales of 36.1 million units marked growth of 140 per cent year-on-year.

In a statement, the company said that Alcatel OneTouch “grabbed top mobile phone vendor position in Spanish Latin America”. It also ranked number four in EMEA, “rewarding the sustained efforts in the regions”.

TCL also said that Alcatel OneTouch is the first brand to introduce Firefox OS mobile devices into the African market, with launches slated for the first quarter of 2015. It also announced a new smartphone for older users targeting the Chinese market, available through online retailers.