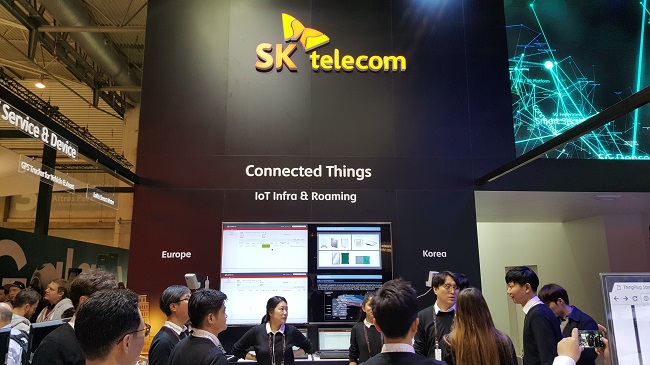 SK Telecom (SKT) turned up the heat in a brewing IoT battle with domestic rivals KT and LG Uplus, revealing the first of 50 new compatible devices it plans to launch through 2017.

The South Korea-based operator unveiled three new IoT devices designed to give it the edge in the emerging low-power tech space less than a week after rival KT announced it was conducting narrowband IoT (NB-IoT) trials with Samsung. SKT’s devices run on a low power rival to NB-IoT technology, called LoRa.

SKT is targeting the tracking sector with Keyco, a GPS-enabled key fob primarily designed to allow pet owners to keep track of their animals, Yonhap News Agency reported. While pets are the main focus of Keyco, Korea JoongAng Daily said the device could also be used to monitor the location of children or elderly relatives.

The other two products are for vehicles. The IoT Blackbox mixes GPS with video and audio capabilities to offer monitoring of vehicles, Yonhap reported, adding the device will send SMS alerts to owner’s smartphones. The third device, Smart TocToc, offers a similar alert system, designed to inform owners if anyone collides with their vehicle while it is parked.

No pricing details were revealed for the vehicle-focused devices.

Samsung and Nokia
All three units utilise LoRa, a proprietary low-power, wide-area (LPWA) IoT technology SKT announced it was deploying in conjunction with Samsung during 2016. At the time, the vendor said the network was the “first commercial IoT-dedicated nationwide LoRAWAN network” in the world.

SKT aimed to establish an early lead over rival KT, which last week announced a two-month trial of NB-IoT in Seoul designed to help the operator extend its coverage, and develop new use cases and services for the technology.

KT announced an NB-IoT partnership with LG Uplus in November 2016 covering the joint launch of services, The Korea Herald reported. At the time, the pair targeted deployment during Q1 2017.

SKT, however, isn’t against the use of cellular-backed LPWA technology. In December 2015 it detailed a partnership with Nokia covering joint development of NB-IoT and participation in a 3GPP standardisation process for the technology, which is one of three cellular-based technologies designed to provide LPWA IoT services. Cellular IoT faces competition from proprietary technologies including LoRa and Sigfox.

More recently, SKT announced in January it would pump KRW5 trillion into developing artificial intelligence (AI) and IoT technology and services over the next three years.