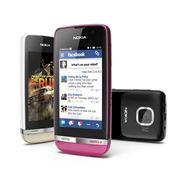 Nokia said its troubled Devices & Services unit had “exceeded expectations and achieved underlying profitability in the fourth quarter of 2012”, with better than anticipated results both for its mass-market mobile handsets and its Lumia smartphones.

In a statement, the company also said that its Nokia Siemens Networks (NSN) infrastructure joint venture had performed well, with a strong showing in higher margin product categories and geographic regions, and better-than-expected cost management.

Nokia said that Devices & Services net sales in the quarter were around EUR3.9 billion, with total device volumes of 86.3 million units.

The company sold EUR1.2 billion worth of smartphones, including 4.4 million Lumia devices and 2.2 million powered by its legacy Symbian OS platform.

For its feature phone and basic handset business, sales were around EUR2.5 billion, with total volume of 79.6 million units.

The company has also progressed with its practice of classing its Asha touch-screen handsets as “smartphones”, despite the fact that few others in the industry seem keen to adopt this practice.

By lumping them in with the Lumia and Symbian devices, Nokia is able to claim smartphones volumes of “15.9 million units” for the three months – more impressive than the 6.6 million achieved using the traditional definition.

It also noted that the unit benefited from a patent licensing gain of EUR50 million, and lower-than-expected operating expenses due to larger savings from its restructuring programme.

Sales at NSN are expected to be around EUR4 billion for the quarter, and Nokia again noted the impact of a restructuring programme intended to cut operating expenses and production overheads.

For both Devices & Services and NSN, it expects seasonality to have an impact on the figures for the first quarter of 2103, although for the former it also noted continuing challenges related to the “competitive environment”.