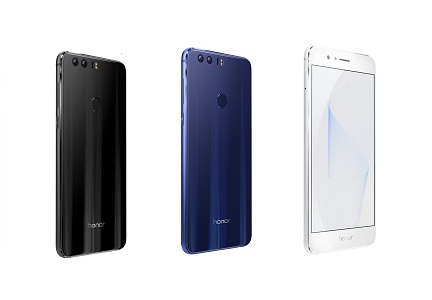 Honor launched its flagship Honor 8 smartphone into the European market, claiming that it brings “a state-of-the-art mobile and camera technology into the hands of digital natives”.

The headline feature of the device is the dual camera set-up, which is similar to that used on the P9 smartphone of parent company Huawei (without the Leica branding of the senior device).

Other features include 5.2-inch full HD screen and 2.3GHz octacore HiSilicon processor with 4GB of RAM.

With the device having a specification that is not far removed from the P9, the pricing reflects this. For the UK, it is £369.99 with a voucher for up to £69.99 of content from partners including Gameloft and Deezer. This compares with £449 for the Huawei P9.

Amazon is bundling the device with a free Fire TV stick in a promotional deal.

Honor 8 has already been launched in China and the US.