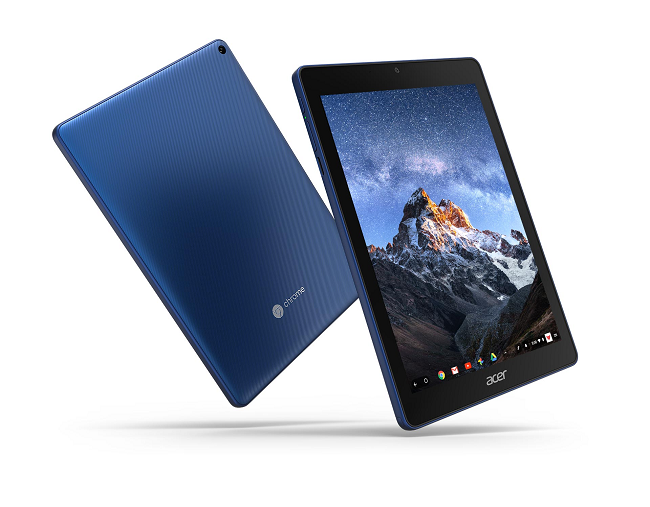 Acer revealed the first tablet to run on Chrome OS, adding another option for teachers in the Chromebook-dominated education market.

Acer’s device also features a host of learning tools and apps, including Google Expeditions AR for immersive lessons and a variety of apps such as Science Journal, Soundtrap, ScratchJr, Explain Everything and Book Creator.

The Tab 10’s debut came a day before Apple unveiled its own education-oriented iPad. Apple initially dominated the education market, but was overtaken by Chrome OS devices in 2014. In Q4 2017, Futuresource Consulting noted nearly 60 per cent of devices shipped to schools in the US used the Google platform.

At $329, the cost of Acer’s tablet does come in slightly above Apple’s discounted iPad price of $299 for schools. However, the Tab 10 includes a built-in Wacom stylus, whereas the iPad requires users to buy its Pencil separately for an additional $99.

The Tab 10 will hit shelves in North America in April, and make its way to Europe, the Middle East, and Africa in May.