Periscope gives us a glimpse of new video world

Periscope gives us a glimpse of new video world

Periscope gives us a view of new video world 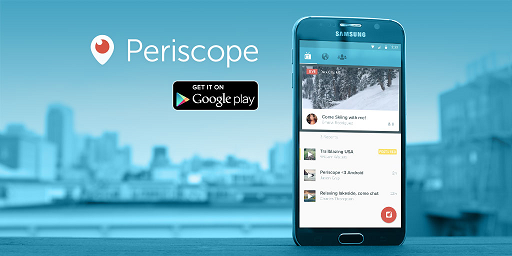 NEW BLOG: When Dick Costolo, Twitter’s outgoing CEO, invested $67 million of the company’s sparse capital into live streaming application Periscope earlier this year, it’s unlikely he envisioned the impact it could have in such a short space of time.

The app hit one million downloads in its debut week on iOS in March, and secured similar success on the back of its Android launch two months later.

Its popularity really began to explode after people across the world used it to live stream “the boxing fight of the century” between Floyd Mayweather and Manny Pacquiao.

Costolo tweeted to say that Periscope was the one true winner after the underwhelming fight, and he was greeted with a deluge of replies from fans who had access to a reported 60 streams of the bout, one of which came directly from fight venue MGM Grand in Las Vegas.

Not only did Periscope save some US fans $100 in Pay Per View fees, it showed users what the application could do.

Since then, US Presidential candidate Hilary Clinton kicked off her 2016 election campaign by Periscoping the speech. How’s that for an endorsement?

The world wide web of live streaming
Three months into its launch and Periscope is now a mainstream application – Google Play estimates it’s had between one million and five million downloads to date.

It therefore came as no surprise to me that live video streaming was one of the main talking points at Alcatel-Lucent’s IP video open day in Cambridge last week.

Speaking at the event, Bo Olofsson, head of Alcatel-Lucent’s Bell Labs research unit, claimed live streaming allows users to share their personal experiences across the web like never before.

“Three months in, and Periscope is showing up across our network. It’s the latest example of how users want everything to be personalised,” he said.

So how can it grow? Well, Bell Labs reckons the world wide web is not exactly the best platform for live streaming, and is working to change that.

The web, as it stands today, is built to “accommodate static content, which only responds at the request of the user”, said Olofsson.

“Popular video today is really just a data stream. It is uploaded and the amount of data you consume goes up with quality levels,” he says. “The future of content delivery is something completely different. Real time streaming is live, and for that, we need a completely new web architecture, one that facilitates everything becoming hyper personalised. We need to build another model that replaces ‘on demand’ with ‘on events’ or ‘on interests’ and makes data and content personal to the user.”

Bell Labs’ vision for streaming is still a few years away, but is designed on the idea that truly live content will be readily accessible from a user device.

What’s live and what’s not?
Periscope will of course be wary of the numerous content rights issues such a scenario could throw up. As YouTube discovered many years ago, TV broadcasters do not exactly jump with enthusiasm when paid-for content is uploaded across the web for free.

This could become an even bigger issue in dealing with live sporting events, like boxing, when TV and media companies have spent millions of dollars to gain the broadcasting rights.

But, “what constitutes live?” asks Paolo Pescatore, director – multiplay and media, at CCS Insight. “Right now, with lag, it could actually be available to view up to 30 minutes later. Is that any different to uploading a video to Facebook or Instagram?”

Indeed, something like Periscope brings up a whole new argument over whether a person is well within their rights to ‘live stream’ a sporting event or a concert over the internet. And if Bell Labs is able to create an internet where live streaming is truly accommodated, Pescatore argues that TV companies, and even mobile players, should embrace such a scenario, instead of trying to block it.

“It’s really all about sharing experiences,” he says. “In the future, broadcasters should look at this and dedicate a channel to live casting, which is accessible to the entire family. This gives people the personalised content they want, but content and media owners are able to raise awareness of their assets and use digital to their advantage.”

Periscope, it seems, could be the beginning of a big change in the way video content is distributed and consumed.

Ghosts in the machine