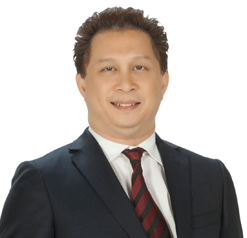 Thailand’s Jasmine International, which owns the country’s second largest fixed broadband operator, plans to participate in the upcoming 4G auctions and is looking for a foreign partner to help fund the operation.

Jasmine chief executive Peter Bodharamik (pictured) told the Bangkok Post that it has had discussions with three companies in Japan and South Korea.

The company is budgeting THB15-20 billion ($31-41 million) to bid for spectrum and another THB10-15 billion to build out a 4G network. Its foreign joint-venture partner, which can have up to 49 per cent ownership, would fund about half the investment.

Jasmine’s Triple T Broadband subsidiary has 1.7 million subscribers. It also has 980,000km of fibre-optic and fibre-to-the-home cables. It employs 6,000 staff and has 300 retail shops, which can be used to market 4G services, the company said.

Since it doesn’t own cell towers, Bodharamik said it will have to rent network capacity from another player or build its own towers, the Post reported.

Thailand’s long-delayed 4G auctions are tentatively scheduled for August. After reports from the telecoms regulator that it needs more time to prepare, the government said last week they will go ahead as scheduled and has asked the regulator to look at including additional spectrum bands as well as the planned 900MHz and 1.8GHz bands.

In other news, the National Broadcasting and Telecommunications Commission (NBTC) announced yesterday a spectrum cap of 50MHz for private-sector bidders.