Thai 4G auctions to go ahead in August 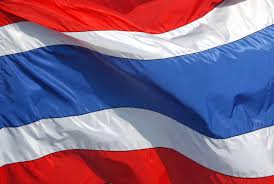 Thailand’s military government stated that the country’s long-delayed 4G spectrum auctions will go ahead as scheduled and that the telecoms regulator is prepared to hold the sale within five months.

In late February the government said the auctions would not be delayed, dismissing earlier reports that the telecoms regulator needed to push back the sale because of delays in setting up the country’s digital economy committee.

At a meeting of the digital economy committee on Wednesday, deputy prime minister Pridiyathorn Devakula asked the National Broadcasting and Telecommunications Commission (NBTC) to look at including additional spectrum bands in the auction apart from the planned 900MHz and 1.8GHz bands.

Pridiyathorn said he would negotiate the return of 128MHz of 2.6GHz spectrum held by the state-owned broadcaster, the Mass Communications Authority of Thailand (MCOT), the Bangkok Post reported.

At the Wednesday meeting the government also was asked to keep a committee set up last year to evaluate the performance of the 11-member NBTC, which had been accused of poor financial management and a lack of transparency.

Several state agencies have urged the government to drop the five-member committee, referred to as the superboard, because they see it as duplicating the role of the NBTC, the Post said.

The exact role of the NBTC has yet to be determined, after the country’s cabinet in January approved a draft NBTC bill, which would restructure the power of the NBTC. That bill, along with nine other digital economy draft bills, is now being reviewed by the State Council.

Giving an idea of the government’s plans, the ICT Ministry suggested at the end of last year that the digital economy committee, chaired by the prime minister, be given responsibility for determining the amount of spectrum and the rules for the upcoming 4G auction.

But Pridiyathorn said this week that the regulator would be in charge of the bidding process.