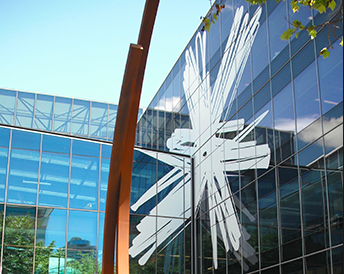 Spark New Zealand recorded strong profit growth in its financial year ending 30 June on the back of cost improvements and growth in mobile connections, revenue and adoption of higher-value shareable unlimited plans.

Net earnings rose 12.1 per cent year-on-year to NZD409 million ($262 million), while operating revenue was flat at NZD3.53 billion, as its growth businesses (mobile, broadband, cloud and security) were offset by declines in legacy voice, and managed data network products.

Larger allowances
Chief executive Jolie Hodson noted that as customers use their mobile phones to do more, many want larger data allowances and price certainty, which provides an opportunity for Spark to improve ARPU with the right products and plans.

The mobile operator, the second largest in New Zealand with a 38 per cent market share, said a continued focus on cost resulted in a 4.3 per cent year-on-year drop in operating expenses.

Hodson said Spark led the transition to a wireless future with the number of customers on fixed wireless broadband and fixed wireless voice products growing by 36,000 over the year to 166,000.

“These products are easy to set up and, in many cases, deliver a higher-quality experience for customers transferring from old copper lines, while lowering Spark’s input costs. The future rollout of 5G will enable a step change in our fixed wireless broadband offering,” she added.

5G plans
The operator said it is gearing up to launch 5G services as soon as relevant spectrum is available, saying it was pleased the government signaled recently it is considering an early, temporary allocation of some spectrum in the C-Band earmarked for 5G, “as this would enable rapid delivery of 5G services while the details of the longer-term spectrum allocation process are sorted through”.

Total capex rose marginally during the year to NZD417 million, with the capex to revenue ratio remaining at 11.8 per cent for the past three years. For fiscal 2020, capex is forecast to drop to about NZD370 million.

Spark is targeting fiscal 2020 mobile service revenue growth of between 2 per cent and 3 per cent, with a continued focus on pushing adoption of unlimited offers.