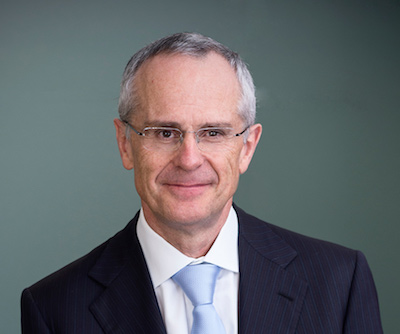 The Australian Competition and Consumer Commission (ACCC) proposed not to declare a wholesale domestic mobile roaming regime, which would require operators to share their mobile networks with rivals.

Australia’s competition watchdog announced in September it was studying whether to create a wholesale national roaming service.

ACCC chairman Rod Sims (pictured) said it is unclear a declaration would improve the current state of competition overall.

“There is insufficient evidence to suggest that declaration of a mobile roaming service in regional and rural areas would further lower prices or improve services, given the higher costs in servicing these areas,” Sims explained.

The country’s largest mobile operator Telstra, unsurprisingly, welcomed the draft decision, with CEO Andrew Penn saying the decision clearly recognises the call from regional Australia to continue encouraging telecoms investment and competition: “This is the right decision for the people, businesses and communities of regional Australia because it ensures the industry still has the incentives to invest,” Penn said.

However, rival Vodafone Australia criticised the decision as a missed opportunity for regional Australia.

Dan Lloyd, chief strategy officer at the operator, said: “It denies the benefits of increased coverage, competition and choice to Australian mobile customers, especially hundreds of thousands of Australians living in regional and rural areas. Too many Australians will continue to be held hostage to Telstra.”

Vodafone said Telstra received around AUD2 billion ($1.5 billion) in government subsidies and funding to build its regional networks since 2006, yet it only spends AUD150 million per year on mobile in regional areas.

The divide between the cities and regional areas will only continue to widen, Lloyd said, as no other operator will be able to close the coverage gap between Telstra and the rest of the industry.

The draft decision states a declaration in regional, rural and remote areas may not reduce Telstra’s retail mobile prices to a significant extent and could well result in higher prices overall if other service providers raise their retail prices to reflect the cost of roaming access fees.

Sims noted regional consumers currently benefit to some extent from competition in metropolitan areas because operators price their services consistently across Australia, despite the higher costs in servicing regional areas. They also benefit from competition between operators on network investment.

The ACCC invited comments on the draft decision until 2 June.