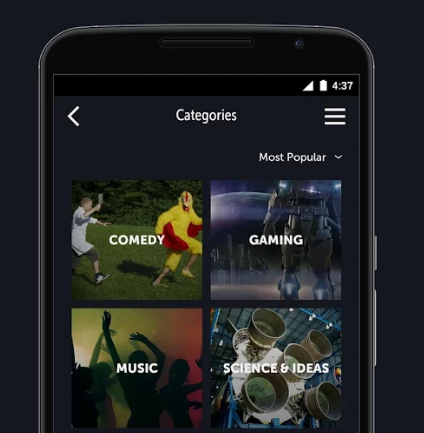 Vessel, an online video subscription service with an iOS app, was acquired by Verizon to accelerate its OTT video efforts and roll out of “enhanced content discovery and innovative features”.

The US operator will acquire the technology and software that underlies Vessel and hire most of its employees, but the service itself will be shut down at the end of the month.

It raised more than $130 million from investors, including Benchmark, Greylock, Bezos Expeditions and Institutional Venture Partners.

“When we examined and evaluated all that the Vessel team has executed to date and their technical strengths in areas of content discovery, recommendation, OTT subscription management and user experience management we were able to identify a number of ways this was a smart pairing,” said Chip Canter, GM of Verizon Entertainment.

Vessel was launched 18 months ago by Jason Kilar (founding CEO of Hulu) and Richard Tom (Former CTO of Hulu).

According to them, Verizon “has made clear their convictions about the future of online video. They share our belief that internet protocol will inevitably become the dominant way consumers access great video experiences.”

“The Verizon team has backed this conviction with material investments and a focus on what makes them unique in a competitive marketplace,” they added.

All subscribers of Vessel will be provided complimentary access for the month of October.

Tom will be leading the team going forward, whereas Kilar will stick around until the end of this year.

She confided some content on the millennial-focused Go90 had worked well, while “other content has not done as well”.

Go90 was a major departure for Verizon and a key part of its media diversification strategy alongside the $4.4 billion acquisition of AOL in 2015 and this year’s $4.8 billion deal for Yahoo, which is set to close in Q1 next year.

This week, Verizon rival AT&T announced plans to buy Time Warner for nearly $86 billion, giving it a huge push into the media content space. The convergence of telecoms and media is one of the hottest trends in mobile right now.

Samsung inks deal to put Oath apps on its phones