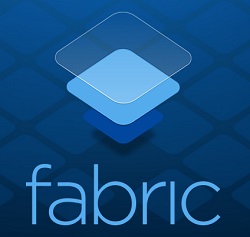 Twitter unveiled the Fabric platform, which it pitched as addressing the mobile development challenges of stability, distribution, revenue and identity.

Announced at the Twitter Flight developer’s conference in San Francisco, Fabric combines the capabilities of the Crashlytics crash reporting technology, the MoPub mobile ad exchange and Twitter itself.

Through the use of these tools, developers should be able build more stable apps, generate revenue through advertising and make use of Twitter’s sign-in capability and real-time content.

Twitter said Fabric has been designed to be easy to use, meaning developers can spend less time managing SDKs and more time honing user experience.

The Crashlytics Kit enables developers to find out why apps crash, how many users are affected and what conditions were in place when apps failed. Twitter claims the technology reduces the time to detect and fix bugs.

The kit also includes the Beta product, to get user feedback on products before they are introduced to app stores, and the Answers analytics technology.

Twitter Kit also includes a new identity product called Digits, which allows users to sign in to apps using their phone number which is increasingly used as an identifier, particularly in emerging markets. Digits is available in 216 countries and in 28 languages on iOS, Android and the web.

Fabric has been launched for attendees of Flight and will be rolled out to current Crashlytics and MobPub customers in the “coming weeks”, followed by the wider developer community.

Other efforts by Twitter to better address the mobile developer community include mobile app promotion, which enables developers to drive installs and engagement via the microblogging platform. It also agreed to acquire TapCommerce, which provides mobile retargeting and re-engagement advertising.