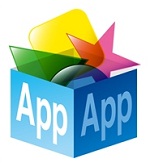 US operator Sprint launched an app subscription service which gives Android users access to a catalogue of premium apps and mobile games for $4.99 per month.

App Pass will allow unlimited access to the content across two devices, with subscribers also given $5 in credit each month to spend on in-app purchases. The service also features a 14-day free trial.

The company said many customers find premium apps useful but hesitate to purchase them without knowing more about the app. Through App Pass, they can use the curated selection of paid apps on an unlimited basis.

Working with developers such as Gameloft and Oceanhouse Media, Sprint is offering apps such as OfficeSuite 7 Pro, Camera Zoom FX, Minuum Keyboard, CamScanner and Color & Draw for Kids. New titles will be added regularly.

App Pass will be pre-installed on all new Android devices sold by Sprint from 29 August. Current Sprint customers with Android devices can download it via the Sprint Zone section on their device.

By creating these kinds of services, operators are clearly aiming to create a steady revenue stream by tempting users away from the traditional app stores.

App Pass uses technology from Mobiroo, which supports similar platforms elsewhere in the world, including the All You Can App subscription service launched by Singapore operator M1 in November last year.

Verizon Wireless, the largest US mobile operator, launched a mobile games subscription service for Android based on technology provided by GameTanium back in July 2012. South Korea’s KT launched a similar offering with the same partner shortly after.