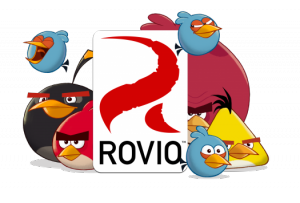 Angry Bird maker Rovio beat its predicted $1 billion valuation following an IPO, as a major shareholder detailed plans for the company to acquire other players in the gaming industry.

The company’s stock began trading today (29 September) priced at $11.50 per share, valuing the company at $1.1 billion. During the IPO Rovio’s main shareholder Kaj Hed, the uncle of co-founder Niklas Hed, cut his stake from 69 per cent (which he owns via his investment vehicle Trema International Holdings) to 37 per cent.

According to Reuters Kaj Hed said the gaming sector is ripe for consolidation, and Rovio aims to “be a consolidator”.

Hed said the company is well positioned to play a part in any merger and acquisition activity, having gone through the tough process of going public.

He added the reason he sold shares “was to give the company the liquidity, because that is very important. My intention is to remain as a long-term investor in the company.”

“There seems to be initial demand for (the stock). But given that the IPO was multiple times oversubscribed, the share price reaction is not too dramatic,” he said.

“Profit growth is priced in, so they need to keep up the good performance which they had in the first half of the year.”

The company swung to profit at the end of 2016, in part thanks to The Angry Birds Movie, which made around $350 million.

Verto Analytics estimated monthly US visitors (aged 18+) to the raft of Angry Birds’ titles tripled from 2 million to 5.9 millon in the year to end-July 2017.

The two most popular titles, Angry Birds and Angry Birds 2, have grown in popularity by 351 per cent and 128 per cent respectively.