Rovio IPO will value it at $1B - Mobile World Live

Rovio IPO will value it at $1B - Mobile World Live

Rovio IPO will value it at $1B 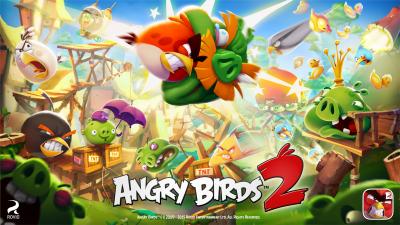 Angry Bird maker Rovio set a price range for its upcoming IPO that values it at up to $1.1 billion, well below previous estimates of $2 billion.

It said its games had been downloaded more than 3.7 billion times as of end-June 2017, and have an average of 80 million monthly active users and 11 million daily active users.

The firm swung to profit at the end of 2016, in part thanks to the Angry Birds movie, which made around $350 million.

According to a Reuters report, Rovio was slow to respond to a shift in mobile games like Clash of Clans and Candy Crush that make money from in-app purchases.

The report also quoted Atte Riikola from research firm Inderes as saying that “If it had been as rumored, it would have been way too high… Looking at sales, the valuation pits Rovio at the same level as its peers, but includes profit growth expectations.”

Rovio will offer about €30 million of new stock in a move which the Finland-based company said would allow it to obtain access to capital markets and broaden its ownership base.

The listing, which was first mooted in June, is also expected to strengthen brand recognition, enhance competitiveness, and enable it to “use its shares more effectively as a means of consideration in potential acquisitions and remuneration of personnel”.