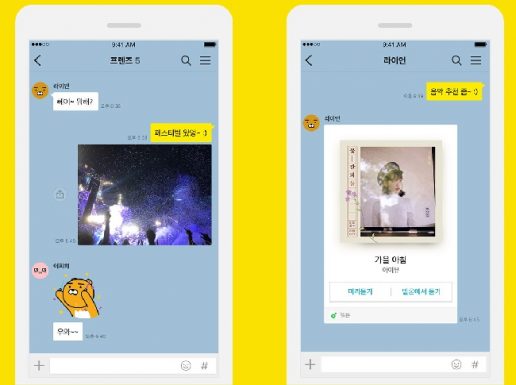 The company behind Kakao Talk recorded a net loss of KRW28.6 billion ($25.4 million) compared with a profit of KRW18.2 billion in Q4 2017. Consolidated revenue increased 24 per cent to KRW673 billion in the recent quarter, with content revenue up 18 per cent to KRW314 billion and advertising sales growing 14 per cent KRW182 billion.

In its Q4 earnings statement, Kakao said it aims to deliver medium- to long-term growth through investments in areas including transportation, fintech, artificial intelligence and blockchain. However, in the near-term, the strategy resulted in an operating loss of KRW65 billion.

Capex jumped from KRW15.7 billion in Q4 2017 to KRW44 billion in the recent quarter: capex-to-revenue ratio increased from 3 per cent to 7 per cent.

Total monthly active user (MAUs) growth stalled over the last two years: across 2018 as a whole Kakao added just over 500,000 MAUs, taking its global total to 50.2 million at end-December. The vast majority (87 per cent) of its users are in South Korea, which is little changed from end-2017.

Operating expenses in Q4 outpaced revenue growth as it expanded into new areas. Opex rose 31 per cent year-on-year to KRW669 billion, with advertising fees rising 51 per cent; content fees up 47 per cent; and cost of goods sold increasing 58 per cent.

Subscribe to our daily newsletter Back
Previous ArticleRevenue declines take StarHub profit down
Next ArticleMobile Mix: 5G hits the catwalk