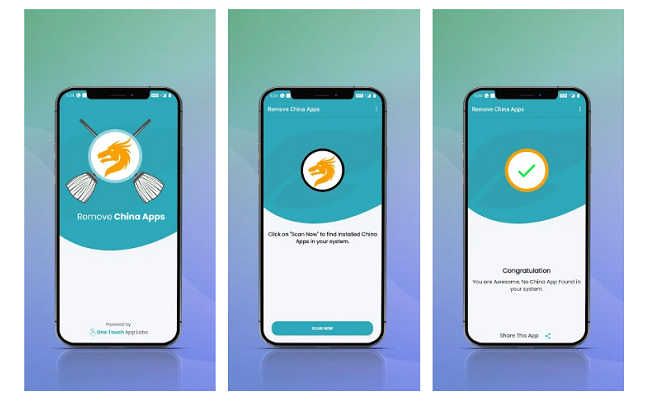 A service designed to flag apps developed by Chinese companies appeared to be a victim of its own success, as Financial Times (FT) reported Google swiftly ditched it from its Play Store.

The Remove China Apps service launched in India on 17 May and swiftly rose to the top of the list of free apps by downloads on the local version of Google’s app storefront: NDTV reported downloads of more than 5 million by 2 June, though FT placed the figure at 4.7 million.

But this seems to have been a double-edged sword for developer OneTouch AppLabs, with FT stating Google removed the app later in the day due to violating Play Store policy by encouraging third-party apps to be disabled or deleted.

OneTouch AppLabs confirmed the removal, but offered tips for users to manually discover the origins of apps.

While the success of the app was linked to a fresh push around the Make in India iniative, which aims to promote domestic technology and manufacturing, Counterpoint Research analyst Parv Sharma noted its rise coincided with heightened tensions around national borders between India and China, FT wrote.