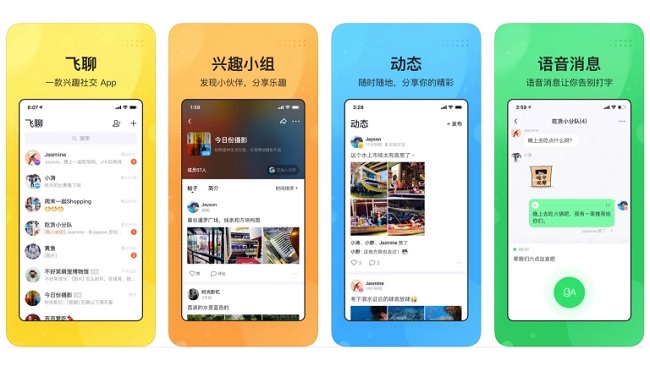 ByteDance, the company behind popular short-form video app TikTok, debuted a new messaging service in what appeared to be another bid to woo social media users away from rival Tencent’s WeChat platform.

Available on iOS and Android, Feiliao offers standard chat and calling features complete with a special effects camera and stickers, and a payments function. Notably, it also comes with a strong focus on forums, encouraging users to join chat groups aligned with their interests and hobbies as a way to get to know more people.

In a statement to TechCrunch, the company said it hopes Feiliao “will connect people of the same interests, making people’s life more diverse and interesting”.

The release comes as ByteDance looks to grow its line of social media apps and recreate the success of TikTok, which has remained the most-downloaded app in Apple’s App Store for five consecutive quarters.

In January, the company launched messaging app Duoshan at an event in Beijing. At the time, analysts flagged the move as a challenge to WeChat, despite protests from Bytedance executives that it was targeting a different audience than its competitor.