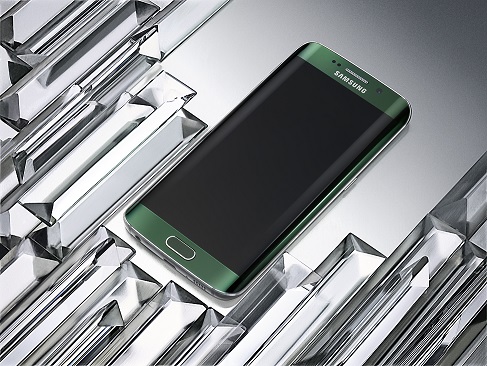 Samsung unveiled its latest flagship devices at an event alongside Mobile World Congress, with its Galaxy S6 joined by Galaxy S6 edge – a smartphone with a curved display on both sides.

The “dual flagship” approach follows September’s unveiling of the vendor’s Note 4 and Note Edge phablets, the latter of which features a curved screen on one side.

While remaining the dominant player in the Android space, Samsung did not have an easy ride in 2014 – something the company acknowledged in a statement.

“By listening to our customers, and learning from both our success and missteps, we continuously push forward new technologies and ideas,” said JK Shin, CEO and head of the IT & Mobile Communications division at the company.

Among the features the company highlighted were “premium device aesthetics,” as the company looks to defend its position in the high-end against the ever-strong Apple and its iPhone line.

Following the well-discussed news that Samsung had dropped Qualcomm as supplier of processors for the flagship devices in favour of its own silicon, the company said the S6 line features “the world’s first 14nm mobile processor with 64-bit platform, new LPDDR4 memory system and UFS 2.0 flash memory,” providing higher performance and enhanced memory speed with lower power consumption.

Set for launch in the US during the second half of 2015, the company said that it will be “compatible with more locations than any competing offering in a single application”.

This, Samsung said, will make it “device, merchant and card issuer agnostic”.

BBVA sees Apple, Samsung as threats – and likes it