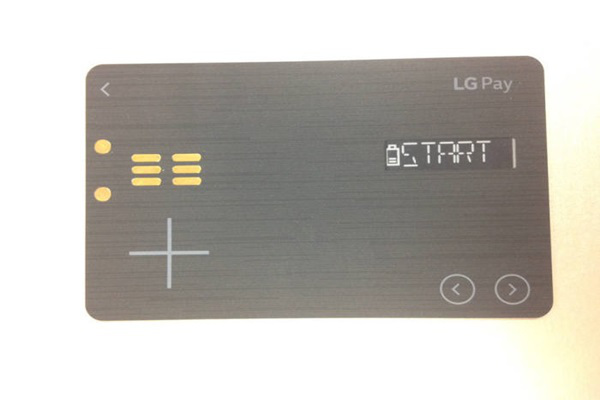 LG’s rival to the likes of Apple Pay is a physical card which the Korean vendor plans to debut at this month’s Mobile World Congress, according to Electronic Times.

The attraction for users is that they can add all their existing debit and credit cards to the so-called White Card for greater convenience. The card works for point-of-sale transactions and withdrawing cash from ATMs.

The report makes no mention of LG Pay being available as a NFC-based service on the vendor’s handsets although the two approaches could easily co-exist. Apple, Samsung and Google have not chosen a dual approach, preferring smartphone-based payments.

The approach is similar to that of Coin, a US firm that enables users to combine credit, debit, gift and membership cards on a single card. Coin claims to have sold more than 300,000 of its cards, which the firm pushes as an easier alternative to carrying a full wallet.

LG appears to be appealing to demographics, including older users, who might hold reservations about making contactless payments with a smartphone.

Customers can choose between cards via a display on the White Card, which can be turned on and off, or locked.

According to sources, LG has pre-ordered 50,000 White Cards. It has already struck agreements with a number of leading financial institutions in South Korea that could make it a realistic rival to Samsung Pay.

The attraction for financial firms is that, unlike Samsung Pay, they can manage everything on LG Pay because transactions do not go through LG’s own server, said a source.

Previous ArticleThailand’s True plans $2.4B rights issue, but waits for signal from Jasmine
Next ArticleJolla looks for “closure” on tablet failure