Isis rebrands because of extremist group

Isis rebrands because of extremist group 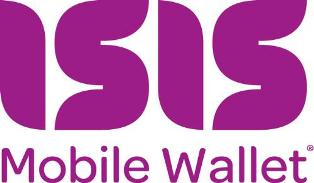 Isis, the US mobile payments firm backed by AT&T, T-Mobile USA and Verizon Wireless, is changing its name in response to the growing prominence of the militant group whose name, when translated into English, is Islamic State of Iraq and Syria, or Isis.

“However coincidental, we have no interest in sharing a name with a group whose name has become synonymous with violence and our hearts go out to those who are suffering. As a company, we have made the decision to rebrand,” said CEO Michael Abbott in a statement.

Despite its intention to drop its current brand, the company has not announced a new one. Abbott said this is work in progress.

The militant group has been around for a while but has come to greater media prominence as its recent offensive threatened to overrun Baghdad.

Actually, Isis is a relatively widely used name in various fields. For instance there is an Isis Pharmaceuticals company which appears to have no intention of rebranding.

Ironically the extremist group recently appears to have undergone a name change of its own, referring to itself as merely Islamic State.