Half of NFC smartphone owners have made a mobile payment – study 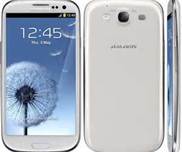 A study has found that half (52 percent) of UK users with a NFC-enabled smartphone have used it for contactless mobile payments.

In addition, according to the study from eDigitalResearch, three in four were repeat users, suggesting a level of enthusiasm for the experience.

The study also found that awareness of NFC devices has doubled since the last Mobile Payment Index was compiled in May 2012, although the improvement is from a low base.

Around eight percent of the UK population are now aware they own an NFC-enabled smartphone, such as the Samsung Galaxy S III (pictured).

However, as the study points out, the lack of uptake by manufacturers and retailers means adoption rates have still been lower than expected.

Security concerns, fraud and scepticism around technical issues are among the obstacles to wider take-up. The research firm says 30 percent of the consumers surveyed do not think NFC has any benefits to offer them.

“For example, whilst you can use the technology to swiftly pay for goods in coffee shops, customers still need to wait exactly the same amount of time for the coffee and the end result,” said Derek Eccleston, eDigitalResearch’s head of research.