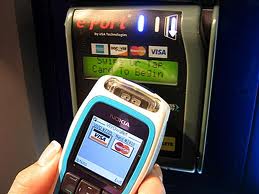 The UK has had a sometimes fractious relationship with the rest of Europe, always wanting to go its own way and make its own rules. But right now in the telecoms market, things are a little different.

In September, the European Commission cleared Project Oscar, the B2B joint venture between the UK’s three largest mobile operators which has since been renamed Weve. The venture offers a model for mobile operators elsewhere in Europe to follow, including its own shareholders’ group operations (Weve is owned by Telefonica, Vodafone and Everything Everywhere). ‘Follow what we did and you will get regulatory clearance’, appears to be the message.

Among those interested will be operators who have already formed groups to offer payment and wallet services in Denmark, Germany, Hungary and Sweden.

All these operators need to press on if they are to maintain momentum with their initiatives. One operator group in the Netherlands fell apart this summer, citing the complexity involved in waiting for a decision to be reached by regulators.

So what is Weve’s model, and will we see it reproduced across the continent as operators attempt to develop their own m-commerce and mobile payments services?

Mobile World Live spoke with Tony Moretta, a director of Weve, about the venture’s relationship with its owners and, perhaps more interestingly, its competitors with whom, for regulatory reasons, it must maintain a cosy relationship.

Moretta explained that the initial funding for Weve comes from its shareholders who will back it through to breakeven.

Remember that rival Three, the UK’s fourth largest operator, complained it had been excluded by the others from joining Weve. Three became a major critic of the venture and expressed concerns about it to the European Commission. Eventually of course, it lost that particular argument.

Weve’s customers are ad agencies, brands, banks and retailers. The venture is paid by them for running an ad advert or putting a credit or debit card in operators’ wallets.

The venture retains what it needs of their fees to cover its costs and then – and this is unusual – it shares any surplus revenue with those mobile operators and MVNOs whose customers receive its ads or pay through its mobile wallet.

Now obviously this will include O2, Vodafone and Everything Everywhere but could also include MVNOs or Three, says Moretta.

In fact, Weve is obliged to offer access to rivals as part of its regulatory settlement with the EC.

In other words, MVNOs and Three could get a share of Weve’s profits alongside Telefonica, Vodafone and Everything Everywhere. The revenue share is based on the performance of individual MVNOs or MNOs. The number of mobile subscribers responding to an advertising campaign or downloading a wallet will dictate the profit share.

Sounds like a good deal for the MVNOs and Three except of course the three largest operators (who are also Weve’s shareholders) dwarf their smaller rivals in terms of subscriber numbers and, hence, are likely to end up as the best performers under the current definition.

But creating an open environment under which competitors can gain access to Weve’s services on equal terms to its shareholders was important to getting EC approval. Moretta agrees that was part of the thinking but adds: “We also wanted a mechanism to encourage performance. We don’t want people to sit back and think we get the same return no matter what they do.”

But will it actually persuade rivals to join in? It’s too early for negotiations to have taken place with Three, the most significant potential participant in the UK market, but they have not publicly ruled it out so far.

It would make the case for Weve, and its shareholders, if the likes of Three did climb on board. Potential advertisers would like it too. Anything that reduces the number of system set-ups needed to manage a campaign pleases advertisers. It’s the same with banks wanting to offer payments cards in Weve’s mobile wallet.

In the past, these companies were frustrated by having to deal with O2, Vodafone and Everything Everywhere individually. If the Weve concept proves successful, advertisers and banks might have less cause for complaint. Or they might start a new moan about Weve’s market power. Of course, that’s until the likes of Apple and Google enter the UK market. Then the balance of power might shift again.