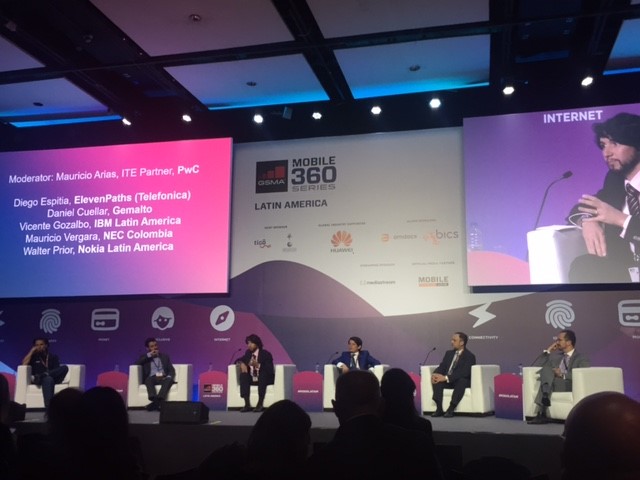 LIVE FROM MOBILE 360 LATIN AMERICA, BOGOTA: Panellists on the IoT and network security session said with billions of devices expected to be connected in the coming years, each type will come with its own unique security requirements.

Daniel Cuellar, VP mobile services & IoT, Latin America at Gemalto, said IoT will bring “an entire ocean” of connected devices and even if a robust generic system is created, it will inevitably have vulnerabilities.

Vicente Gozalbo, executive security advisor at IBM Latin America, stated there are already more devices than there are humans, all running a variety of operating systems and different software. Adding smart home products including connected TVs and toasters to the mix will further complicate things.

Nokia’s head of applications & analytics Walter Prior, said his company’s vision of what it likes to call the “experience of things”, rather than IoT, is looking at three pillars fundamental to a connected ecosystem: big data and analysis; artificial intelligence (AI) and machine learning; and automation.

The consensus among panellists was humans will not be able to solve security issues in real time, which is where AI and automation will come in.

Gozalbo added the first thing any company should do is make an inventory of all devices connected on their network. This may sound obvious, but IBM found 80 per cent of large corporations in the region don’t know this critical information.

He also said companies need to respect laws around user privacy and security, and be held responsible when they fail to do so. Authorities in Latin America need to be empowered to take action against them when the need arises.