Tigo Rwanda calls on Africa to democratise access to internet 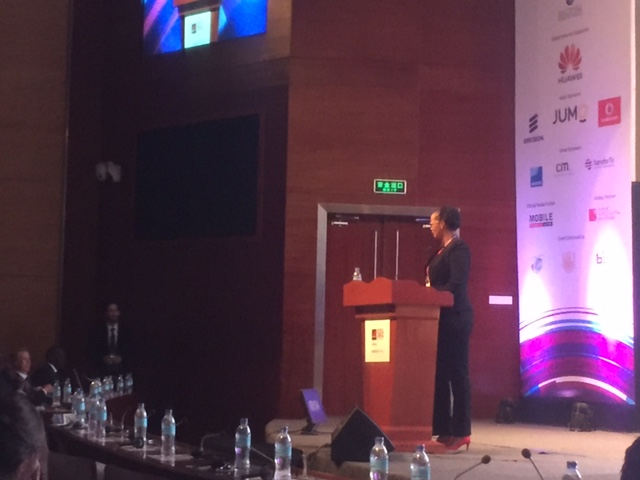 LIVE FROM GSMA MOBILE 360 AFRICA, TANZANIA: Chantal Kagame, deputy CEO, Tigo Rwanda, called for market leaders in Africa to democratise access to the internet, lamenting the fact that currently it is the only region in the world with mobile internet penetration below 30 per cent.

She touted some of Tigo Rwanda’s own achievements in this regard: working to bring down the cost of smartphones, delivering 4G SIM cards to consumers’ homes and educating them about why 4G is better than 3G.

Tigo was recently part of the One Area Network initiative to reduce data roaming fees by 80 per cent for those traveling to Uganda and Kenya, with talks in the works to add Senegal to the list. The move was widely hailed as one that will encourage trade in the region.

These efforts have played a part in growing mobile internet subscriptions to 8 million in the country.

The operator has also joined the Smart Village initiative, which aims to provide policy makers and development agencies with insights on the barriers to energy access in villages in developing countries, including technological ones. Tigo Rwanda is educating customers about mobile in this regard.

It has already trained 300 women, and will educate 200 more in each region of the country, with the aim of increasing mobile use among women from 39 per cent to 50 per cent by the end of next year.

Her message to telcos was that there is huge opportunity for business in a region that needs transformation, and that they must focus on giving space to local content, a common theme reiterated here at the event this week.