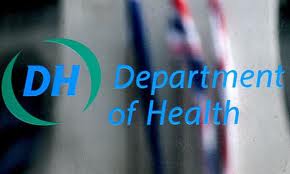 A study published by the UK’s Department of Health makes some striking claims for the benefits of telehealth including that mortality rates can fall by 45 percent through the use of technology.  If used correctly telehealth can deliver a 15 percent reduction in visits to accident & emergency wards, an 14 percent fall in bed days in hospital and an 8 percent drop in tariff costs, according to other early findings of the study.

The Whole System Demonstrator (WSD) is the unwieldy name for the study that the department started in September 2008 and which it claims is “the largest, randomised control trial of telehealth and telecare in the world”. It involved 6,191 patients and 238 physician practices in three different parts of the UK: Newham (a deprived part of London), Kent (parts of which are commuting distance from London) and Cornwall (more remote, less urbanised).  Patients had one of three conditions: diabetes, heart failure or COPD (chronic obstructive pulmonary disease).

The study does not spell out whether mobile technology was central to the study but does describe telehealth as “the use of electronic sensors or equipment that monitors vital health signs remotely, for example in your home or while on the move”, which does imply the use of mobile equipment as part of services. Dutch manufacturer Philips has said it  was one of the three vendors which supplied equipment used by participants in the study.

The WSD trial was set up to provide an evidence base for any future investment in health technology.  Earlier this month the UK government unveiled its Three Million Lives campaign that will target that number of people who could benefit from the having remote monitoring equipment installed in their homes.

Evaluation of the data from the study was undertaken by six academic institutions: City University London, University of Oxford, University of Manchester, Nuffield Trust, Imperial Colleage London and the London School of Economics.  It is expected that some or all institutions will publish their own papers in the future.

Previous ArticleSurvival of the fittest
Next ArticleFacebook, Google dominate Android use