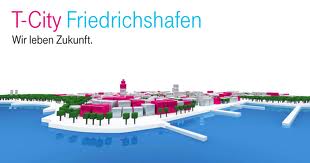 The German incumbent says it will roll out more telemedicine projects next year and as result is expanding T-City, a partnership it has established with the German city of Friedrichshafen which acts as a testbed for new services in the areas of health technology as well as smart grids and electric cars. It will expand its relationship with the city for an additional three years.

Deutsche Telekom has high hopes that such services will generate significant revenue in the future. Previously it has said it is looking to intelligent network services (health, energy, connected car and media distribution) to contribute EUR1 billion in revenue by 2015.  Deutsche Telekom has shown a commitment to mobile health in a number of other recent initiatives.

Past projects in Friedrichshafen have included a diabetes management system which is designed to reduce the number of visits a patient has to make to their doctor and an interactive care system for those with chronic heart conditions.