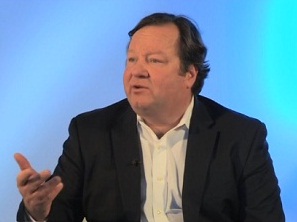 VIDEO INTERVIEW: Bob Bakish, president and CEO of Viacom International Media Networks, said his company is looking to develop its mobile business using its brands in partnership with operators.

“The biggest revenue opportunity is our mobile brand licence business,” he told Mobile World Live, revealing that the MTV tariffs offered by European operators have so far attracted 1.5 million subscribers.

The youth-targeted tariffs providing a combination of voice, data, MTV content and branded handset have been offered by T-Mobile in the Netherlands and Romania, E-Plus in Germany, Proximus in Belgium and Sunrise in Switzerland.

“The business structure tends to be a small percentage of ARPU coming to us. So that’s a very significant opportunity and one that we’ve been having many interesting conversations about extending to other places in the world,” Bakish explained.

The executive added that Viacom is using mobile as “a door to internet”, by providing services that allow people to interact with the company’s content.

The “extensive social media interaction” during the 2013 European Music Awards for example saw 50 per cent of the final round of votes conducted via mobile. In 2012, mobile accounted for just 4 per cent of digital interactions for the event.

Bakish said this use of mobile makes it an “extremely important source of consumer traffic”, which in turn makes it a significant advertising opportunity.

You can see the full interview here.

Intelligence Brief: Why does Europe need a new competition paradigm for 5G?