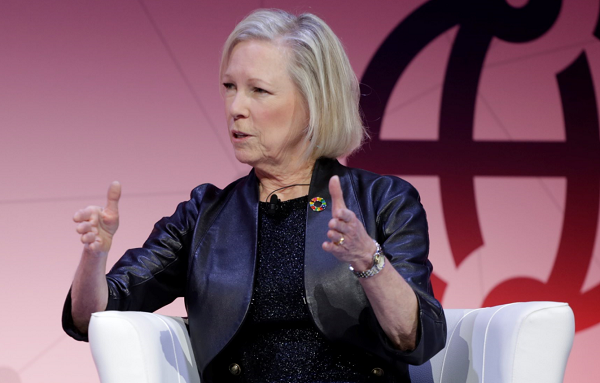 Kathy Calvin, president and CEO of the United Nations Foundation (pictured), heaped praise on the mobile industry for being the first sector to strongly support the Sustainable Development Goals (SDGs), but stressed that providing reach and network access to the world’s underserved was only one part of the solution.

Speaking in a keynote yesterday alongside Mats Granryd (pictured), she quizzed the GSMA’s director general on how the association and mobile operators were dealing “with the twin challenge” of not only providing reach and access to the world’s unconnected, but also ensuring that relevant content was available at affordable prices.

Granryd said that the issue was being “vividly discussed”, but also noted that a challenge exists, with a large part of the world’s population either unable or unwilling to access mobile internet because of a number of distinct factors.

“There are three things behind this. The first one is affordability…the second is skill. They might have the money but they don’t know how to use what’s available. But the biggest issue is this: ‘I have the money, I know how to use it, but there’s nothing for me. The language, homepages and browsers are all in a language I don’t speak, I don’t need, and it needs be much more relevant’.”

Granryd added that this an area where public and private partnerships could play a huge role in the future. “Governments can use the channel of mobile devices to reach out to citizens with community information, public services such as birth registration and so on,” he said.

Despite the challenges, Calvin praised her counterpart on stage for bringing the “GSMA to the forefront of this effort”, while urging operators not to wait in contributing positively to the SDGs.

“This is such a huge opportunity. We think there is a big prize at the end for companies that are not only sustainable but are committed to making their communities healthy and stronger. This industry is so well positioned to do that and we really need it,” she said.