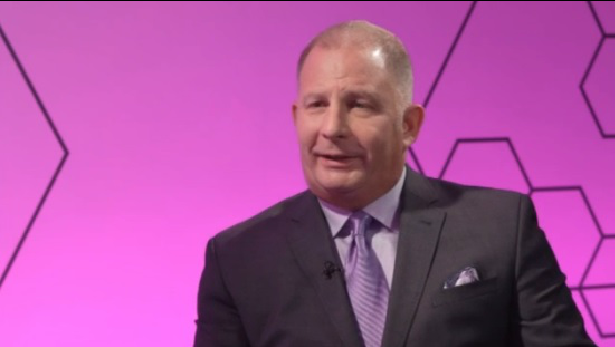 VIDEO INTERVIEW: Mike Gallagher, CEO of SpiderCloud, a small-cell specialist for the enterprise, told Mobile World Live that the company would shortly be making announcements related to virtualisation and the data centre cloud.

“You’ll see some [new] things with our architecture, which will expand our reach and marketplace,” he said. “There’s a lot of new and exciting innovation we have. We’re not done yet. You have to continue to re-invest and re-invent yourself.”

Gallagher’s comments come at a time when SpiderCloud, a US-based start-up, is already making waves in the small-cell market.

At this year’s Mobile Word Congress, SpiderCloud announced a deal with Cisco that sees its kit rebranded and offered to the US tech giant’s enterprise customers and channel partners.

“It’s a very exciting deal for us,” said Gallagher, who described it as a natural fit for both companies.

SpiderCloud can take advantage of Cisco’s enormous enterprise and service provider presence, while Cisco – said Gallagher – can fill a niche product gap in its portfolio. “It’s a global OEM deal and they get to brand our entire product line,” enthused the SpiderCloud chief. “We’re doing some custom development products for them as well,” he added.

Gallagher doesn’t see the Cisco tie-up as an admission that SpiderCloud necessarily needed a helping hand – he pointed out large contract wins with Vodafone and Verizon Wireless that were achieved off their own bat – but rather that it should help quicken the pace of growth.

“We’re trying to scale the company as large as we can, and getting partners, especially global partners, is a very important part of our go-to-market strategy,” he said

Expansion is very much on Gallagher’s mind, especially after raising another $20 million in funding in February, bringing the total raised to date (since 2007) to $125 million.

The money, said the CEO, would be used “to scale the business”. He claimed that “technology risk is off the table”.

“The technology scales and is better than anyone else’s,” he asserted. “It’s just about getting to operators and scaling the [SpiderCloud] business from a sales and operational support perspective.”

There are no immediate plans to raise more money. “We’ll be cash-flow positive this year,” he said.

SpiderCloud has won operator contracts in the Americas (America Movil is also a customer) and Europe, and with a recent win with Pakistan’s Warid Telecom, Gallagher thinks Asia and the Middle East will be the next areas of growth for the company. “Asia is exploding for us,” he said.