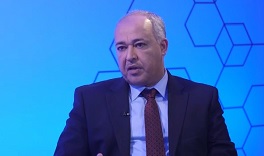 VIDEO INTERVIEW: Khaled Biyari, who will take over the chief executive reins at Saudi Telecom Company (STC) on 27 April, said 5G was only “a few years away” and that operators will play a “fundamental role” in the Internet of Things (IoT).

“Current networks will evolve into networks that will enable IoT,” he told Mobile World Live. “It will drive operators to upgrade their networks to provide the necessary bandwidth and latency to allow such services to be delivered in the right form.”

Biyari sees 5G as key in the wearables and IoT markets, and that operators ought to start thinking now about how to design their networks so they are ready to meet growing demand from these nascent areas (Biyari’s current role is senior vice president for technology and operations at STC).

“For an operator in general, if it’s to capitalise on its major asset – which is the network – I think we have the right to venture into things that are attached to it, such as M2M, IoT and cloud-based services,” said Biyari.

The CEO designate added that 5G was “clearly on the horizon”, but maintained it was important for operators “to keep an eye on the standardisation side which is taking place from the different [5G] initiatives and visions from different groups”.

As operators move away from traditional services and into “new frontiers”, including ICT offerings for small enterprises, corporates and even government, Biyari said he saw more scope for mutually beneficial partnerships with systems integrators.

“Operators have relationships with many customers that can be exploited – be it trust, or billing relationships – which make it easier for systems integrators,” he said.