MTS gets more optimistic about full-year 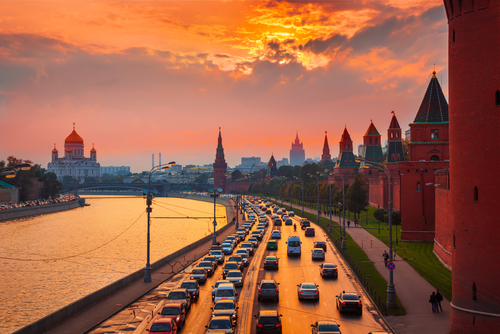 MTS, the Russian operator with a footprint covering neighbouring states, saw revenue in Q3 2015 rise encouragingly by 7.4 per cent to RUB 115 billion ($1.77 billion) off the back of surging domestic data revenue and handset sales.

Revenue from its Russian operations increased by 4.7 per cent to RUB 104 billion, propelled by 20 per cent year-on-year growth in data traffic revenue to RUB 20.6 billion and a 59 per cent leap in handset sales to RUB 12.6 billion.

The performance led MTS to raise its full-year revenue guidance for both group and domestic operations by more than four per cent, compared to its previous guidance of more than two per cent.

However, net profit fell by 6.6 per cent to RUB 14.4 billion. Margins were squeezed by inflationary costs, reduced profitability in non-Russian operations and the impact of a new retail strategy domestically.

Its non-Russian operations are in Ukraine, Armenia, Turkmenistan, Uzbekistan and Belarus.

The company also confirmed, as previously disclosed, that its activities in Uzbekistan are being investigated by the US Department of Justice (DoJ)and SEC. In addition, MTS said it had been referenced in a civil forfeiture complaint, filed by the DoJ, directed at certain assets of an unnamed Uzbek government official.

The complaint alleges that MTS made corrupt payments to the official in order to gain access to the Uzbek market. However, the company said the complaint is solely directed towards the official, and not MTS. None of its assets are affected, it said. MTS has made no provision in relation to the DoJ and SEC investigations