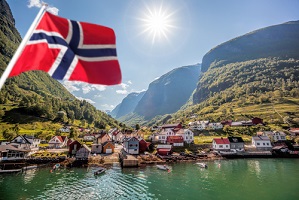 Denmark-based Danske Bank announced plans to throw its weight behind rival mobile payment service Vipps in Norway, after opting to terminate its own MobilePay app in the country.

The bank confirmed the move in a statement, explaining it was in dialogue with Vipps about a possible distribution agreement which it aims to finalise as soon as possible.

Vipps, developed by Norwegian bank DNB, competed with MobilePay for market share for the past two years, but a recent deal between DNB and more than 100 other local banks to spin off the service resulted in Vipps taking a lead.

In February, Vipps also announced the takeover of a smaller rival, mCash, to further boost its position.

Nordea switches allegiances
However, the final nail in MobilePay’s coffin came after another Nordic Bank, Nordea, also said it would back Vipps, according to Reuters.

Nordea had previously cooperated with MobilePay, but decided to switch after seeing the Vipps app was more popular with its customers.

Vipps head Rune Garborg said in its own statement the signs have pointed “to a consolidation of the market for mobile payments”.

“We’re happy to see banks that operate in Norway rally around a joint solution. This will further strengthen us in the international competition over mobile payments,” he added.

The MobilePay service in Denmark, where it is reportedly used by 3.5 million people and is installed on 90 per cent of smartphones, remains unaffected by the move.