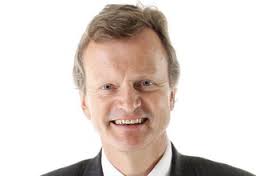 Jon Fredrik Baksaas, Telenor Group CEO, said 70 per cent of the operator’s customers switch off data roaming when travelling abroad. His aim, however, is to increase data roaming usage to 80 per cent over the next two years, so only 20 per cent of roaming traffic wings its way over Wi-Fi networks.

“When you are sitting here, you are probably more dependent on Wi-Fi capacity than mobile connections, and naturally so,” Baksaas told those attending Telenor Group’s media seminar on Tuesday at Mobile World Congress. “But in the future we want to get rid of [bill shock], so that mobile systems basically serve us. They deliver better peer-to-peer connectivity, better security and better privacy in the long run. That’s our firm belief.”

Removing the bill shock phenomenon needs new pricing initiatives to “create a new level of affordability”. For Baksaas, that means starting with the home package and using those price structures abroad.

Telenor Sweden was the first company within the Telenor Group to launch a new data roaming package.

In January, Telenor started offering Swedish consumers a SEK 29 (€3.1) 100MB data package per day covering all of Europe. This means that a Swedish customer travelling to Barcelona for one week will get 700MB for approximately SEK 200, which compares approximately with the price cap of €0.20 per MB as regulated by the EU.

Telenor Norway is expected to be the next business unit to introduce new data roaming packages during the second quarter.

“The move from voice to data is on and we need to deliver affordable, simple and predictable data services to our customers when travelling,” said Baksaas.