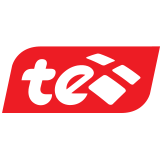 Following the appointment of new government representatives onto the board of state-controlled Telecom Egypt (TE), the incumbent voted for a new CEO – existing board member Osama Yassin – sparking speculation that a change in mobile direction might be on the cards.

Ousted CEO Mohamed el-Nawawy, who appeared keen on pursuing a mobile path through a unified licence – so allowing the landline monopoly to compete directly for the first time with the country’s mobile operators – had not made much progress.

Telecom Egypt was given the go-ahead by the government last year to acquire a unified licence – for which TE agreed to pay $350 million – so giving it the opportunity to offer mobile services over operators’ existing infrastructure.

Local media, however, cite ongoing disputes about licence details between TE and the country’s mobile operators (Vodafone, Orange and Etisalat), which seems to have prevented the launch of the incumbent’s branded mobile services.

It is not clear if the new CEO will push more aggressively on mobile, or signal a change of direction altogether.

Another issue is whether or not TE will need to sell its 45 per cent stake in Vodafone Egypt should it enter the mobile market directly.

As well as the appointment of Yassin, TE’s new-look board of directors appointed former Minister of Communications, Mohammed Salem, as chairman.