Operators need to get out of the speeds game – Telus CTO

Operators need to get out of the speeds game – Telus CTO

Operators need to get out of the speed game – Telus CTO 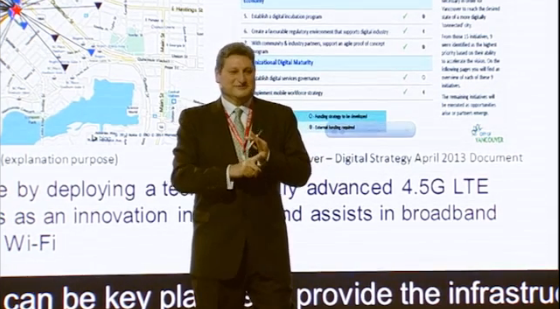 LIVE FROM HUAWEI GLOBAL MOBILE BROADBAND FORUM 2014, SHANGHAI: Operators talk a lot about focusing on the customer, but they never put an effort into thinking about whether consumers really care if it’s 4G or 5G, said Telus CTO Ibrahim Gedeon (pictured).

“They want it cheap, they want it fast, and they want a sexy device. I’m hoping one day we’ll come to the maturity where we stop telling you what technology your phone is on.”

Gedeon said the industry is part of the problem. “We’re always competing on the fastest network instead of competing on the client experience and what users want. We need to get out of the speed game.”

The CTO of the Canadian operator said that as an industry we haven’t found out how to make money and also need the ability to invest in innovation, “which is what it’s boiling down to. In North America everybody wants everything for free and I don’t think Europe is much better, so we’re in the same boat.”

He said a “beautiful thing” about the industry is it’s getting consumerised. “In the good old days people wanted the China Mobile experience or the Vodafone experience… now people want the Apple experience, which has taken a bit of the burden off our marketing guys but at the same time it reduces stickiness.”

When you look at innovation, he said, it’s critical that “we provide what customers expect, but also that we can build something no one else can provide”.

He asked, who remembers when we used to change technologies every seven years? “Now it’s changing every year and a half. When you look at our governments, they have to be just as fast. That means they have to have the ability to appropriate spectrum every year. But can any government do that?”

Not long ago, the discussion was about multiband, now it’s about numerous bands with numerous frequency slices. “So the burden on our vendors is now huge.”

He said he loves M2M – it’s the cheapest ARPU in the world. But looking at the connected car, it’s not just about M2M, it’s also about connecting people. “It gets interesting when five people in a car are connected to their homes and other cars, and everything moves up the value chain.”

One thing operators need to work on that they haven’t done properly is to figure out how they can build a network without the traditional overheads, he said.

“I don’t think we’ve asked ourselves that question. When we talk about SON, we’re stuck in phase 1 or phase 2. How to get to a place where it’s actually plug and play? What I’m recommending is how do we package the engineering and innovation to make base stations and central control much smarter using an architecture instead of armies of people to support the network.”