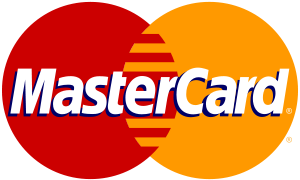 MasterCard is to launch a pilot with 500 users to test fingerprint and facial recognition technology, according to CNN Money.

The pilot will measure whether biometrics are a viable alternative to passwords for e-commerce sites.

The rationale is that passwords are often forgotten, stolen and intercepted, although impersonating another individual’s physical characteristics is obviously also possible.

In addition, the credit card firm is working with a Canadian firm called Nymi on using a user’s individual heartbeat to authorise a transaction.

To use the proposed biometrics feature, users must download a MasterCard app. Then a pop-up will ask for authorisation. If the user chooses fingerprint recognition, they touch the screen. With facial recognition, users stare at the screen, and then blink once, and their transaction will be authorised. MasterCard decided blinking is the best way to prevent a thief from using a picture of the user to fool the system.

The credit card firm has been working with Apple, BlackBerry, Google and Microsoft and Samsung on biometrics. The service will be offered via banks to their customers.  The card firm is currently negotiating with two major banks whose identity it did not disclose.

According to the Mobey Forum survey, most banks at present do not offer biometric security to their customers.

Previous ArticleYota denies ditching Android for Sailfish
Next ArticleSamsung’s Q2 earnings to miss forecasts, but worst may be over