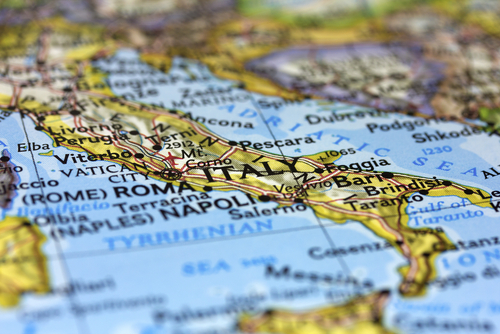 Italy will lead Europe in 5G development with two advanced Telecom Italia trials, one of the country’s top politicians declared.

At an event hosted by Telecom Italia, Antonello Giacomelli, undersecretary of state for the ministry of economic development, said rollout plans for Bari and Matera meant 5G in Italy was “a year ahead of the rest of Europe”.

Telecom Italia technology chief Giovanni Ferigo added the applications of 5G were “potentially endless and will bring concrete improvements in many areas of daily use.”

Pre-standard 5G trials in the Italian cities of Matera and Bari using 3.6-3.8GHz frequencies were first announced by Huawei, Telecom Italia and Fastweb in September.

At the time, the companies confirmed the government had cleared plans to test the technology with a view to the first 5G use cases being available in June 2018, and full rollout in the two areas complete during 2019.

Among early applications planned for the technology will be 3D virtual reconstructions of archaeological sites and museums in Matera, developed ahead of the city becoming the European Capital of Culture in 2019.

In Bari the technology would allow for “better management of logistics and transport,” the companies added in a joint statement.

If it meets its goals, Italy will be ahead of the European Commission’s (EC) targets. The EC’s 5G plan states commercial, large scale introduction of the technology should take place by the end of 2020.

Wider trials
Trials in the cities are just two of several Telecom Italia projects investigating 5G technology, with a number of projects underway.

In July, the company announced it was updating 4G in San Marino to accommodate some 5G use cases ahead of full launch. The company is also undertaking a number of trials in Turin.

During 2016, Telecom Italia was one of a number of operators in the economic area to sign a pact to launch 5G in at least one city per country by 2020.