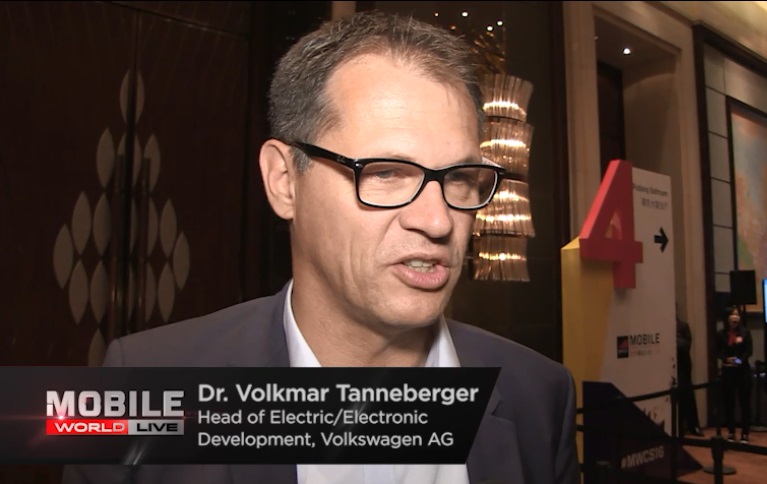 Referring to the company’s admission that it had installed software in some diesel models in the US that enabled vehicles to pass government emission tests, but then pollute way over the allowed levels on the road, Tanneberger told Mobile World Live it was now time “to talk about innovation and not about that issue”.

“It forced us to speed up,” he said in an interview at Mobile World Congress Shanghai recently. “Even without the Dieselgate issue we decided to change business models to move into digitisation, so we would have done the same. But this forced us to speed things up and do things faster.”

Tanneberger said the company is now pushing forward with its connected car app, claiming to be the first company to offer such a solution across three standards – Apple CarPlay, Android Auto and MirrorLink.

“We will soon also offer Baidu CarLife, so our philosophy is to make all standards available, and fulfil customer demands worldwide.”

In addition, he had some interesting thoughts on the competition automakers face with internet enterprises when it comes to vehicle telematics.