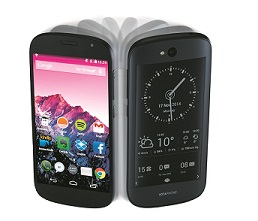 UPDATED 8/7/2015: Russian devices start-up Yota is not abandoning Android and opting for Jolla’s Sailfish operating system, as some reports have suggested.

“Since convenience and comfort of our users is a priority for us, we are open to explore opportunities with any mobile OS developer as a means to expand our dual-screen platform. However, at this time, we are fully committed to Android OS and are currently working on updating YotaPhone 2 to Android 5.1 which will soon be available for our users,” noted an official statement from Yota.

“These rumours started after Jolla developed and sponsored a sample of YotaPhone 2, based on the SailFish OS, for the Minister of Communications of the Russian Federation.”

If it had been true, it would have been good news for Jolla, which has set itself the ambitious target of forming the third mobile ecosystem after Android and Apple’s iOS, ousting Windows Phone from the top three.

Jolla believes it can achieve its targets with Sailfish 2.0 because it is “the only independent OS” as it is “not dominated by one company’s strategy,” according to Marc Dillon, co-founder and COO.

This week the company announced plans to spinoff its devices business and focus efforts on licensing the Sailfish OS.

Sailfish was developed by former Nokia engineers at Jolla and is a derivative of Meego, the former Nokia OS that was abandoned for Windows Phone. Android applications should be compatible with this system.

As for Yota, it recently cut the price of its dual-screen smartphone and touted a number of new enhancements designed to boost sales.

Previously priced at £555 ($871) – a figure that put it on a par with the iPhone 6 and Galaxy S6 high-end smartphones, and led the company’s CEO to justify the high price tag in a recent interview with Mobile World Live – the cost of YotaPhone 2 has been reduced to £440.

Yota rival Samsung has looked to diversify away from Android with Tizen, while Canonical’s Ubuntu and Mozilla’s Firefox are offering alternatives to the well-established operating systems.