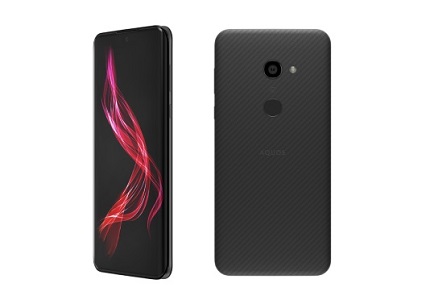 Sharp announced a smartphone for its home market of Japan which is its first to feature an OLED screen, with indications it will offer similar displays to its component customers.

The first device in its Aquos line with the screen is called Zero. In addition to the display, the vendor also highlighted the device’s light weight of 146 grams. The 6.2-inch display features a WQHD+ (2992×1440 pixel) resolution with high contrast and wide colour gamut.

Reuters reported Sharp, which already supplies displays to companies including Apple, intends to offer OLED panels to customers. But the company is said to be “wary” about expanding too fast into this market, due to uncertain demand for the thinner, but more expensive, screens.

The report noted that the slowed move to OLED screens has actually worked in favour of the companies which have not been as quick to invest in production facilities. Among Apple’s latest devices, for example, iPhone XS and iPhone XS Max feature OLED screens, while iPhone XR sticks with an LCD panel.

Of course, greater availability of OLED displays could lead to lower price points due to competition among suppliers.

The latest Aquos smartphone is powered by a Qualcomm Snapdragon 845 chip, with 6GB of RAM and 128GB storage.

Subscribe to our daily newsletter Back
Previous ArticleLG lines up V40 launch
Next ArticleBlog: What challenges does new Vodafone chief face?