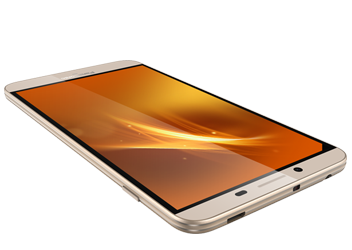 Japanese consumer electronics company Panasonic is reportedly looking at making acquisitions in the artificial intelligence (AI) and machine learning space, which it intends to use to make its smartphones stand-out.

According to India’s Economic Times, the company has put aside $10 million for use in either an acquisition or joint venture. But once there are rewards this could be increased, and the intention is to offer its first AI-enabled smartphone sooner, rather than later.

“Our team would be traveling to Silicon Valley soon. We will have new products ready with AI in 9-12 months. In the last three months, we have finalised what we will do and budgets have been allocated from Panasonic Japan and Panasonic India,” Pankaj Rana, head of mobility division, India, South Asia, Middle East and Africa, told the publication.

The company is looking to use AI to customise the user experience, based on interactions with the device. An example given was Nextbit’s Robin, which shifts data and apps from the smartphone to cloud, to optimise performance and storage.

While Panasonic’s mobile business has struggled on an international scale, the company has found a home in the competitive Indian market. Indeed, Gadgets 360 said the Japanese company is looking to ramp-up its manufacture activities in the country, in line with the government’s Make In India policy.

The report said Panasonic is looking to shift more than three million units this year.