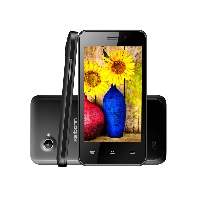 Indian device maker Karbonn Mobiles is looking for 20 per cent of its revenue to come from exports to markets including Europe, South Africa and Russia by 2016, Reuters reported.

Citing comments from Sudhir Hasija, the company’s chairman, the launch of devices in line with Google’s Android One programme later this year, will help boost sales. When it comes to growth, “Google is also supporting us,” he said.

According to the report, currently 5-7 per cent of Karbonn’s revenue comes from sales into other markets, such as Nepal, Bangladesh and Sri Lanka.

Noting the arrival of new players, such as Xiaomi, into its home market, the executive noted that the company’s strength comes from its distribution network.

“So for all of these guys to come and learn the whole distribution, especially going to tier two and three cities, will take some time,” Hasija said.

And the executive also said Karbonn is likely to look for a public listing in a similar timeframe.

“Frankly, I’ve been delaying it for the last couple of years because I wanted to know my valuation… and now my valuation has gone much higher in the last few years,” he told Reuters.