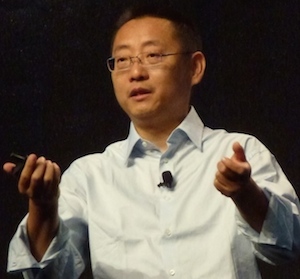 LIVE FROM CES ASIA, SHANGHAI: China’s Letv aims to reverse the traditional approach to product development by looking at what its customers want, then moving upstream to find a solution rather than starting with innovation or technology and seeing how the market reacts.

Giving the afternoon keynote at the event today, Liang Jun (pictured), COO of smart terminals at Letv, said suppliers in the future will be driven from the downstream rather than the upstream, moving from tech-centered to customer-centered.

“The relationship between manufacturer and consumer has forever changed in this industry – we are now like a customer service rep,” he said, claiming 60-70 per cent of its product development is driven by users rather than its product managers.

Letv is a maker of traditional and smart TVs and one of the largest online streaming firms in China. It recently moved into the smartphone market and in April introduced three custom Android models targeted at different segments. 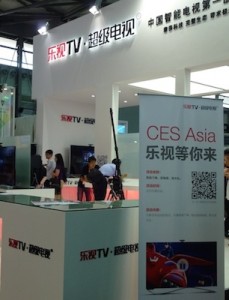 Liang said manufacturers across the world can now capture data on what customers demand and integrate user behavior into their services. “This is why the internet is so disruptive. When it comes to suppliers, if they can’t build this into their operations, they won’t be able to sustain their business.”

A few years ago, he said, he never dreamed of being on stage talking about the need to put its attention on the customer. “The internet has changed everything. We need to be totally customer focused and have to walk the talk by continuously evolving the product based on customer demand.

“We may think our product is great, but the customer may tell you otherwise. We may be afraid to open up to customer input, but once you do and show them you are listening, they then respect you.”

Most hardware such as appliances and even computers and phones were merely tools, he said, but internet products are different – they allow new releases to be launched much quicker.

Because they are connected, he noted that suppliers can conduct research on their customers to gain insight. “The product is no longer something that doesn’t change. Suppliers are doing big data analytics, which will tell them how to make improvements, sometimes overnight, which is very different than before.

“Your product is not the only one. Not only do you need innovation, you have to reach out to see what customers want. Hardware and technology are of little use if they don’t serve customer needs.”

Most firms have been slow to enable back-end interaction between a product and the customer, he argued. This he said is because many don’t see the real difference between traditional and smart or internet-connected devices.

He complained that smart scales and bands lack this integration, which is why the majority of so-called smart devices can’t meet user demands.

Letv rebrands ahead of India push

Letv gets aggressive with latest smartphone