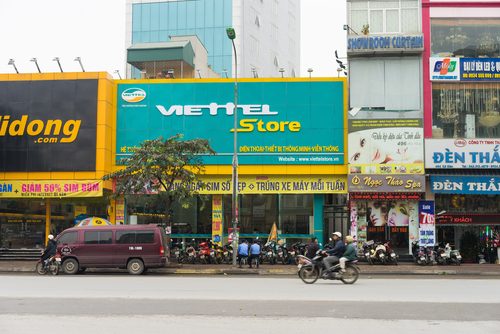 Market leader Viettel’s revenue was expected to increase 13 per cent to VND222.7 trillion, while its profit is forecast to rise 8.5 per cent to VND45.8 trillion compared with 2014. Its tax contribution expanded 44 per cent to VND37.3 trillion.

MobiFone, the second largest player with a 30 per cent market share, was expected to report an 8.3 per cent increase in revenue to VND36.9 trillion and a 1 per cent rise in profit to VND7.4 trillion, MIC said.

State-owned VNPT, which owns Vinaphone, was expected to see revenue expand 7.5 per cent to VND19.1 trillion. The group’s profit was on track to increase 20 per cent to VND3.3 trillion.

Viettel, which has a 46 per cent market share, added 3.4 million connections last year, giving it 66.4 million total connections, according to GSMA Intelligence. MobiFone’s mobile connections grew 3.8 per cent to 43.4 million.

Vinaphone, the third largest operator with a 17 per cent market share, added 700,000 mobile subscribers, taking its total user base to 23.3 million at the end of 2015.

The country’s top three operators account for 93 per cent of total mobile connections.